Is one of the largest semi enclosed overhangs in the Greater Blue Mountains. It is more than 80m across, at least 30m high and 20m deep. Located in HenryCreek, 1.9km north east of the junction of Glowworm Tunnel Road and Old Coach Road. The area had a number of overhangs which Michael Keats on a Bush Clubwalk on 23rd July 2012 named Cave Galleries and Yuri Bolotin named the main cave Celestial Chamber. 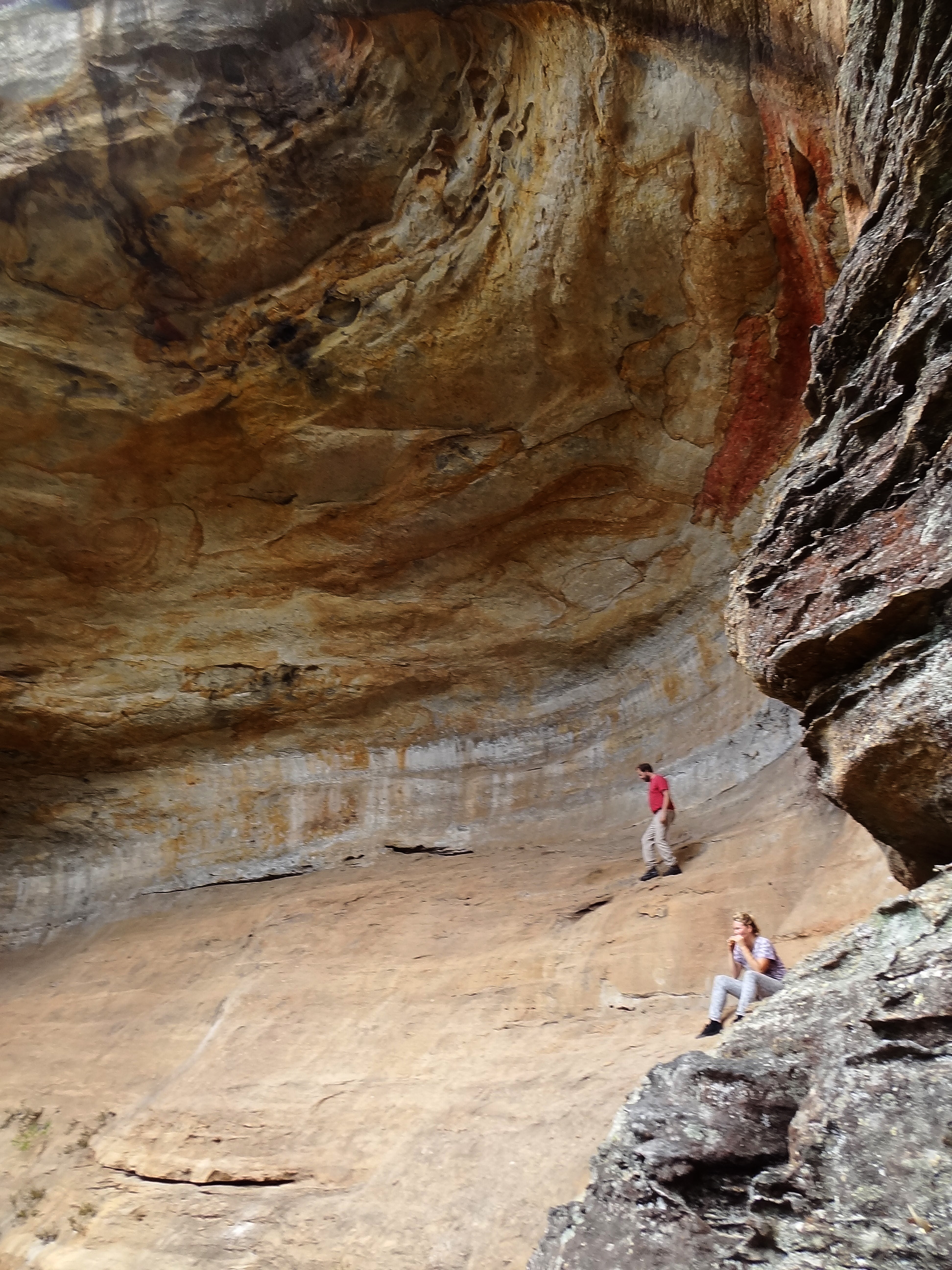