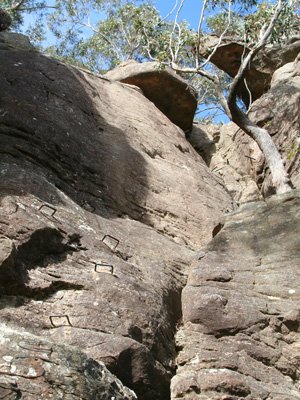 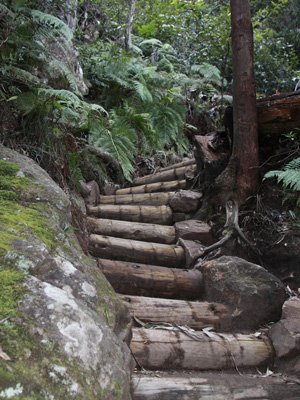 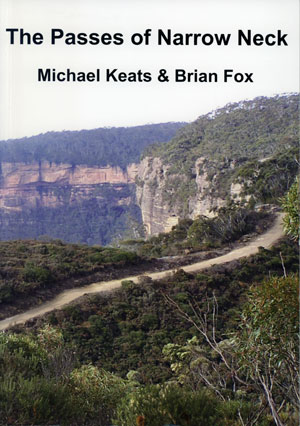 Narrow Neck, that long thin stretch of land jutting out 15 kilometres south from the cliff line on the southern side of Katoomba, divides the Jamison Valley from the Megalong Valley. Many of the passes of Narrow Neck have been known for thousands of years – ever since Aboriginal tribes used the long plateau as a trade route. European interest in accessing the area was stimulated by early prospectors searching for kerosene shale, and later coal deposits.

Bushwalkers ‘discovered’ Narrow Neck when steam trains made the Blue Mountains readily accessible from Sydney. Keen walkers could catch a train after work on a Friday night, camp out, go exploring, and catch a late train back on Sunday night, often arriving just in time to go direct to work on Monday.

More than any other destination, Narrow Neck, at that time, offered an opportunity to go deep into the wilderness. It wasn’t long before athletic walkers were seeking ways up and down the ‘Neck’ to explore the Wild Dog Mountains to the south and the Megalong Valley to the west. Inevitably, the old routes were rediscovered.

Bushwalkers Michael Keats and Brian Fox, together with adventurous members of the Bush Club, have not only rediscovered all the old routes but also added new ones. Capitalising on their diverse experience and talents, they present to you in ‘The Passes of Narrow Neck’ a narrative that is compelling in its interest, fascinating in its history research and full of the exuberance of two young at heart adventurers who live the dream of enjoying the Australian bush.

The addition of rare historical material and maps makes this tome a must for every bushwalker who claims to ‘know the Blue Mountains’. Fit explorer types will be dusting off the abseiling gear and planning their next adventure. Those not so able will find themselves transported by the descriptive powers of the authors that can convey the reader up and down the doable Passes and provide insight into those that are now regarded as folklore.